The building that the chapel is situated in was originally built as a theater in 1926. The address at that time was 15-17 Broadway. The building itself was 985 feet of frontage and had four stores as well as six apartments. The owner of the magnificent building was a man named Adam and whose last name is unable to be found. We do know that he also owned the Paramount Theater in Newark, NJ, which is no longer in existence.

The theater on Broadway was originally named the Broadway Theater and you can still see the name at the entrance to the building inlaid in tile on the sidewalk. The theater would host vaudeville and one motion picture at each performance. The acts that played in North Bergen were imported by Adam from the Paramount in Newark and they were then top billed performers and singing acts such as Vaughn Monroe. 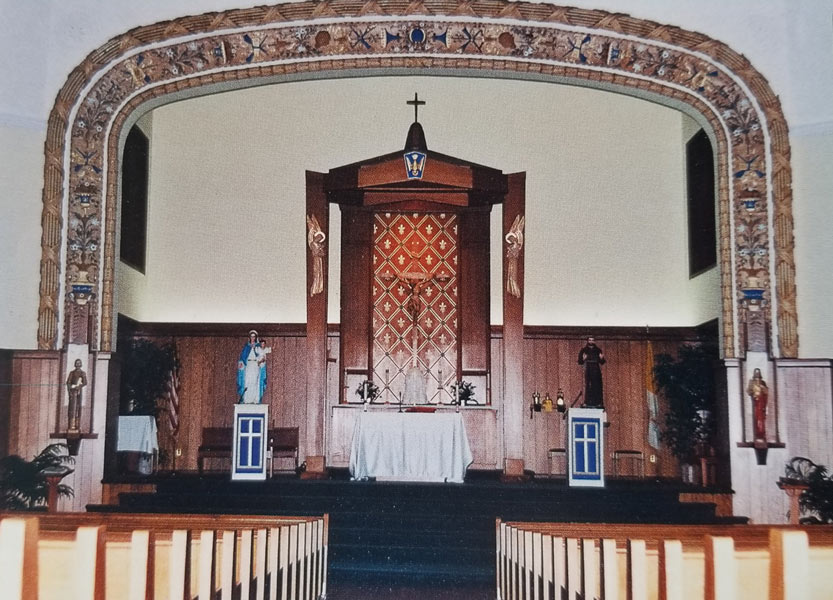 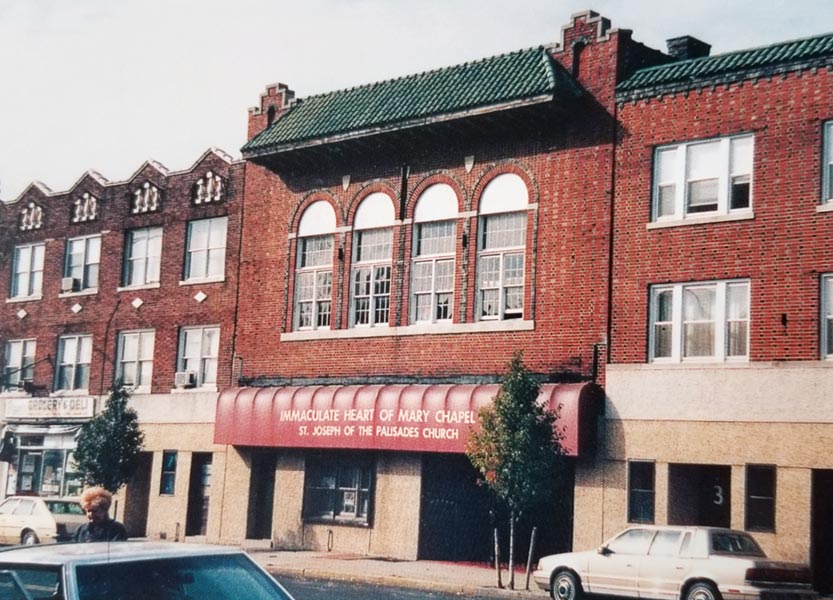 Then, sometime in 1927 there was another theater built on Bergenline Avenue in North Bergen and opened under the name of The Embassy. When it opened it began to show then new and modern first run movies and became serious competition. Adam sold his Broadway Theater to two brothers named Al and Irwin Margolies. They registered a new name and in November 1948 the Astor Theater Building Corp. was born.

The theater itself was renamed the Astor and the new manager was a gentleman named Charles Feinholtz who was also a radio announcer for that period. The Margolies brothers were entrepreneurs in this area and owned the Mayfair Theater, Rialto, the Rivoli Theaters in West New York and the Temple Theater in Union City. The building was sold to the church of St. Joseph of the Palisades in 1953 by the Astor Theater Building Corp. The pipe organ which lives and breathes became a part of the Chapel of the Immaculate Heart of Mary at about the same time.

In 1997-1998 the chapel underwent some renovations and restoration so that it would maintain the dignity and beauty of the period while reflecting the warmth and meditative atmosphere of the House of God. The Immaculate Heart of Mary Chapel was rededicated on May 19, 1998.

Information gathered several years ago from parishioner Anne Bozovich, North Bergen Assessor’s Office and Dan Yacono, a former manager of the Mayfair Theater. Uniquely Dan’s brother was the projectionist at the Astor Theater.